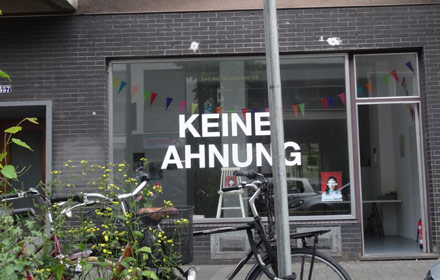 Ausschreibung:
Bill Bernbach, the legendary founder of Doyle Dane Bernbach, ignited the creative revolution and changed the world of communications and business forever. We at Golden Drum also believe that in our industry we have a lot of opportunities at our hands to change things for the better. That is why we partnered with DDB Worldwide.

We know that young creatives are the goldmine of engaging ideas, so we ask them to create ideas that truly Beat the Drum for Change.

People start vanishing from advertising already in their higher middle age. Unless you do not mind thinking about a different career after only 10–15 years, it is time to stop it.

Advertising is a young industry. According to IPA (Institute for Practitioners in Advertising) average age of people working in advertising in Britain is 33.6 years. Other European markets often lack the data, but countries established after the fall of the“ iron curtain“, are likely to have an even lower average. Most people in advertising are under 30 or in their thirties.

Why is it happening?
Cult of youth
Historically, the experience and wisdom of older people was highly valued. In Western culture, especially, this has gradually changed. As an example, Japan has a positive discrimination policy for older people at work (seniority principle). However, in creative industries, the general sentiment is that if an older person does not have a cool idea – we secretly think it is because of their age – despite this happening regularly for people of all ages.

Quickly up, quickly down
A career in advertising could be a short stint – the sooner the peak comes, the sooner it may drop. Many people are facing difficulties of finding suitable jobs because of money demanded for their experience and are later willing to work for much less money because of their fear, creating a vicious cycle (cheap – peak – cheap).

Another common phenomenon is that young bosses do not feel comfortable to have much older subordinates. They also fear that the work-life balance is more important for older people and therefore may assume they are less inclined to work overtime.

Digital era / trends
Older workers are often stereotyped as being resistant to change, not creative, cautious, slow to make judgments, lower in physical capacity, uninterested in technological change, and difficult to train – in other words: incompetent. Generational segregation naturalizes youth as digitally adept and the old as digital dunces, so in the process of the industry becoming more digital, it is also becoming younger.

Invisible discrimination
Contrary to common and more obvious forms of stereotyping, such as racism and sexism, ageism gets much less attention (not only in media) and is therefore resistant to change. For instance, if a child believes in an ageist idea against the elderly, fewer people correct them (compared to racism or sexism), and as a result, individuals grow up believing in ageist ideas, even as elders themselves (auto-ageism). Ageism is often not explicit but rather exists in implicit or subconscious thoughts, feelings, and behaviours one has about older people.

What problems does it cause?
Individual level

Barrier in promotion and hiring, greater likelihood of layoffs.
Stereotypes becoming self-fulfilling prophecy (Auto-ageism): People may start to perceive themselves in terms of the looking-glass self—that is, in the same ways that others in society see them. Studies have also specifically shown that when people hear stereotypes about their supposed incompetence and uselessness, they perform worse on measures of competence and memory.

Industry level
Knowledge gained disappearing: It also helps to know the routine to change it and be innovative.
Lack of trust from client: Client want to pay for knowledge and experiences that he does not have. If he is older and much more experienced and dealing with young advertising people, there is an unhealthy misbalance. Client thinks s/he knows better.
Limited insights range: Advertisers often fail when it comes to (rapidly) ageing consumers, and the seed of the failure lies in the advertising agency young culture. People with teenage kids also have probably more teenagers insights than millennials in their thirties (not mentioning parents insights themselves).
Team balance: Older people who could see life, work and problems from different perspective. Too homogeneous teams are weaker in problem solving and have worse group dynamic.

Starting thoughts
Think about campaign in media (mass or direct) consumed by management of advertising agencies that would encourage them to hire also older people.
Think about how to reach these older people and how could you help them raise their confidence and close the self-fulfilling prophecies.
Think about messengers of the change (Could it be a celebrity? Could it be a HR guru?
Could it be someone from client side? Could it be you, fresh beginners? How could you help?).
Think also about forms of positive discrimination (you might get inspired by positive discrimination to young talents).
Get inspired by the strongest campaigns and movement against rasism or sexism (feminism).
To present your ideas you can prepare a presentation (PPT or keynote in PDF) not longer than 10 pages.

How to enter?
Only authors, born after 16 October 1985, from the countries of New Europe can participate in the competition.

The deadline for Beat the Drum for Change is the 5 October 2015.

Great work deserves great reward!
Shortlist will be announced online and shortlisted works will be exhibited on Link. Winners will be announced and celebrated on the 7 October. The winning idea will be published in leading international publications.